Best 4th of July Quotes 2022 – 4th July is considered as the best day of American history because it is their Independence Day. America intentionally chooses this date as their Freedom Day after becoming the witness of revolution in 1776.

The celebrations of this day start at the night of 4th July with fireworks. Big shows of fireworks are arranged in many states of USA. Fireworks of this special day are often accompanied by patriotic songs such as National Anthem, America the Beautiful and God Bless America.

Light shows are also displayed at different places. Picnic parties are arranged in homes and different public places. In all these celebrations red, blue and white colors are used as base theme because these are colors of American Flag. 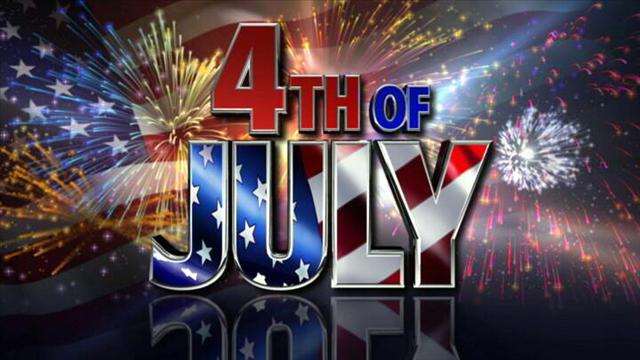 People arrange barbecue parties with their relatives and loved ones. Parades are held in morning at different places which show the discipline and strength of Americans. People play different games to enjoy and rejoice themselves especially baseball. People celebrate this federal holiday with their family and friends.

Horace : Who then is free? The one who wisely is lord of themselves, who neither poverty, death or captivity terrify, who is strong to resist his appetites and shun honors, and is complete in themselves smooth and round like a globe

George William Curtis : A man’s country is not a certain area of land, of mountains, rivers, and woods, but it is a principle; and patriotism is loyalty to that principle .

George Washington : As Mankind becomes more liberal, they will be more apt to allow that all those who conduct themselves as worthy members of the community are equally entitled to the protections of civil government. I hope ever to see America among the foremost nations of justice and liberality

Thomas Jefferson : The will of the people is the only legitimate foundation of any government, and to protect its free expression should be our first object

Andrew Jackson : Every good citizen makes his country’s honor his own, and cherishes it not only as precious but as sacred. He is willing to risk his life in its defence and is conscious that he gains protection while he gives it

John Adams : It ought to be commemorated, as the Day of Deliverance by solemn Acts of Devotion to God Almighty. I am well aware of the Toil and Blood and Treasure, that it will cost Us to maintain this Declaration, and support and defend these States. Yet through all the Gloom I can see the Rays of ravishing Light and Glory. I can see that the End is more than worth all the Means. And that Posterity will tryumph in that Days Transaction, even altho we should rue it, which I trust in God We shall not.

John Burroughs, Journal : That which distinguishes this day from all others is that then both orators and artillerymen shoot blank cartridges.

George Washington : As mankind become more liberal, they will be more apt to allow that all those who conduct themselves as worthy members of the community, are equally entitled to the protection of civil government. I hope ever to see America amongst the foremost nations in examples of justice and liberality.

Thomas Jefferson : My God! How little do my countrymen know what precious blessings they are in possession of, and which no other people on earth enjoy!

John F. Kennedy : Let every nation know, whether it wishes us well or ill, we shall pay any price, bear any burden, meet any hardship, support any friend, oppose any foe, to assure the survival and success of liberty.